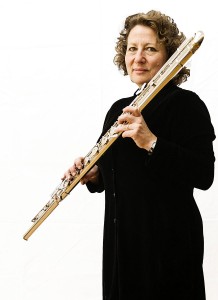 In addition to modern (concert, piccolo, alto and bass) flutes, she plays early flutes from the Renaissance to early 19th century with Chalemie and Sirinu.

She also plays flutes from several other traditions including Chinese, Japanese, Thai and Indonesian.